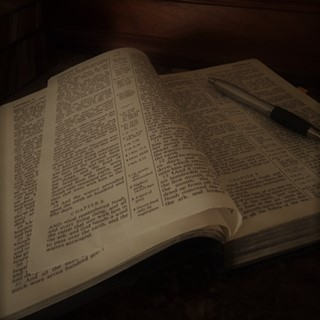 3 Every moving thing that liveth shall be meat for you; even as the green herb have I given you all things.

4 But flesh with the life thereof, which is the blood thereof, shall ye not eat.

After Noah’s flood, which would have been extremely catastrophic, the earth was devastated. We can be sure of that because we can look at various weather disasters like hurricanes (remember Katrina?), volcanoes (remember Mt. St. Helens?), earthquakes or tornadoes and see that in the aftermath of these terrible tragedies the earth is wiped clean and there is nothing left growing.

When the ark landed, and eight people got off the ark, the first thing God told them is that now they could eat animals. The very next verse, however, gives us the first rule about meat. (There were never any rules given about the plant foods.) But here we have an important rule. “But you shall not eat flesh with the life of it, which is its blood” (Genesis 9:4).

Noah was instructed to take a male and a female of each, but seven pair of the clean animals. It was not until after the Hebrew children left Egypt that Moses climbed up Mt. Sinai to receive the Law. About 850 years before the Law was given Noah knew which animals were clean and which were unclean (The date of the Flood is 2,348 BC1 and the date of the Exodus is 1,446 BC)2.

Which animals were clean, and which were not was known to Noah and possibly the distinction was known long before the Flood. Whatever animals a person chooses to eat will not change the relationship he has with God, but it could change their health outcomes. For example, research has shown that excess amounts of animal protein can increase the risk of diabetes and cancer; it can speed up the progression of kidney disease and contribute to heart disease, stroke and possibly multiple sclerosis. It inhibits athletic performance and causes the body to work harder to get rid of the excess protein that it doesn’t need.

There were never any rules about eating the plants described in Genesis one and three. One reason is that even if you over eat plant foods and get more protein than you need (yes, plants contain protein) you won’t cause yourself any harm (unlike too much animal protein). Research has shown that the rules God gave to Noah about consuming animals were well founded.

They were permitted to eat the clean animals but there was the rule about not eating the blood. Why would this rule be given immediately and repeated in Leviticus and Deuteronomy (Lev 17:11; Deut 12:23,25)? Leviticus and Deuteronomy are in the Old Testament and there may be a spiritual reason having to do with blood sacrifices but there is also a caution about eating blood in Acts 15:29. “That ye abstain from meats offered to idols, and from blood, and from things strangled, and from fornication: from which if ye keep yourselves, ye shall do well. Fare ye well” (Acts 15:29).

The Function of Blood

Avoiding these things won’t make a difference when it comes to salvation but fornication, eating blood and eating animals that have been strangled may very well affect our health. Meats offered to idols that were clean meats most likely would do no harm but there is a reason why consuming blood may be a problem. It is known that our blood transports important substances to cells and takes wastes away from cells for disposal. When we consume an animal’s blood we are consuming the animal’s waste products, which is probably not a good idea.

Not only is the blood a problem but so is the fat. In Deuteronomy 14 and Leviticus 7 there is a huge list telling us which animals are “clean” and which are “unclean”. There are differences in the two groups of animals that make them valuable or harmful for us. A basic difference is that the clean animals eat only plants and are not scavengers. Scavengers are useful to us because they do a good job of cleaning things up and keeping the earth clean because they are willing to eat nearly anything.

“It shall be a perpetual statute for your generations throughout all your dwellings, that ye eat neither fat nor blood” (Lev 3:17). It could be said that the reason for the Lord saying, “all the fat is the Lord’s” (Lev 3:16b) is that He gets the best of everything in a sacrifice; He demanded the unblemished calf for sacrifice and worship. But let it be clear that whatever is eaten doesn’t change God’s love nor does it weaken anyone’s salvation.

It must be pointed out that in Leviticus 3:17, the statute is perpetual for generations and in all dwellings. “Perpetual” means continuing forever, “generations” is all people over all of time and “all dwellings” means wherever people live.

What Should Be Avoided?

Blood must be drained immediately from an animal when it is slaughtered so it can be avoided but fat is typically throughout the muscle of the animal. What must reasonably be avoided are the fat of unclean animals and the excess fat around the muscle that can be easily cut off.

What does good science tell us about fat? It tells us that we need some fat but we can get what we need from plants and small amounts of animal foods should we choose to eat them. Excess fat, especially saturated fat, can cause lots of health problems. One huge problem is heart disease, another is diabetes and a common problem for many people is obesity. There is no reason to think that a small amount of meat is going to destroy your health, but excessive amounts of animal fat can.

Science and an Ancient Book

It would appear that the best science is basically saying the same thing as an ancient book (the Bible). If there is this much agreement perhaps good science is getting closer to the truth. Starting with the Bible is always a good idea and we can easily trust all of our culinary choices to the Words of our Creator.

Seeing the diet described in The Bible is eye opening but do you think there is more to the story? It’s very simple and the food is easy to identify with its beautiful colors and lots of different flavors and textures. It’s interesting and exciting to work with these foods.

Meat was added to the human diet after the Flood. The flesh of an animal contains nutrients that it absorbed as it ate, and it can be used by a human to survive a situation where there is not enough plant food to sustain him. Even so, rules are necessary to make the consumption of animals as safe as possible. Reasons about the dangers of certain parts of animals (fat and blood) are better understood.

Meats are not forbidden, just restricted.

Vegetables with Rice and (Optional) Chicken

This is an amazing dish and is quickly and easily put together. The biggest job is chopping vegetables to the size you enjoy and many of these can be purchased already chopped.

Your choice of vegetables chopped into bite-sized pieces:

Although this educational opportunity provided by Ask the Food Coach may contain materials from Dr. John McDougall, his books, and website, the classes, and their content are presented entirely independent of the McDougall Program. The use of “McDougall” materials in any form is not an endorsement of the classes being presented, however, a Food Coach-style meal plan results in many medical benefits as well as weight control. The Food Coach Plan is not a controlled situation as the 10-Day Live-in McDougall Program is. Anticipating those kinds of results can only be achieved from a 10-day controlled environment. As the Food Coach recommends, you should always check with your healthcare provider before changing your diet or medications.

The many health benefits of Juice Plus+® have been demonstratved through numerous independent clinical research studies conducted in leading hospitals and universities around the world. For more information click on “Juice Plus” above.

Tower Garden, a vertical, aeroponic growing system, allows you to grow up to 20 vegetables, herbs, fruits and flowers in less than three square feet—indoors or out. So it’s the perfect companion in your journey toward healthy living.
Scroll Up